L'équipe de Pangloss Labs2020-11-30T15:09:10+01:00
On 22 October, the Minister for Territorial Cohesion and Relations with Local Authorities, Jacqueline Gourault, unveiled the 60 new winners of wave 3 of the "Fabriques de territoires" call for expressions of interest which was launched by seven members of the Government in July 2019. The aim is to support the development of third places in France and help them to become more structured and professional. Pangloss Labs appears in this selection, the only tiers-lieux in Ain amongst 8 others in the Auvergne-Rhône Alpes region.https://www.cohesion-territoires.gouv.fr/les-60-nouveaux-laureats-de-lappel-manifestation-dinteret-fabriques-de- territoire-annonces The first Fabrique de Territoire National Meeting was held on Monday 16th November online, Pangloss Labs participated. Fabriques de Territoires will receive a grant of 150,000 euros over three years to support the start-up of their project, their influence beyond the territory in which they are established, the formation of their team and the search for their economic balance. In this way, they become part of a community driven by the values of sharing, the production of common goods, the experimentation of participatory governance models and the ambition to create social links for the benefit of the inhabitants of their territory. "Facilitating access to a world of possibilities." This is the raison d'être of Pangloss Labs, a non-profit association created in 2014. Creating experimentation and prototyping laboratories to support the creation of local entrepreneurial activities is the mission of the association, based in Ferney-Voltaire in the Pays de Gex (Ain). Thus Pangloss Labs is a collaborative third-space that offers its members several spaces to share and pool tools, machines and workspaces: The Pangloss Labs association has around 100 members with a variety of skills. Among them are professionals (engineers and scientists, designers, creators, artists and various entrepreneurs), but also students, retirees and amateurs. By offering production tools and machines and professional skills that are not available elsewhere in Pays de Gex, Pangloss Labs has a flagship role and thus meets a need of companies, social actors and citizens in the area. Pangloss Labs also provides services to partners, public organisations and municipalities, and works with them on joint projects. Our action plan as a "Fabrique de territoire" includes the development of digital training activity (courses on Fablab's machines and digital expertise and support for members in their activities to fight the digital divide), support for social activities and support for activities working towards sustainable development; increasing the number of members; strengthening communication and external relations; extending the scope in the areas of digital transition and energy transition; and helping to develop the territorial network of third places in the French Genevan area. State support should help us to increase the association's resources and make Pangloss Labs a key third-space in our region.
By L'équipe de Pangloss LabsFab Lab, PRESS RELEASESComments OffRead more...

Created in 1991 at the initiative of Hubert Curien, then Minister of Research, the "Fete de la Science", which became a national event, aims to bring citizens closer to science. Each year throughout France, hundreds of actors offer free workshops, conferences, screenings, exhibitions, open their laboratory, discover the cultural and scientific heritage of the territory. From biodiversity to mathematics to the sciences of the universe, but also from human and social sciences, this event aims to represent all scientific domains and to make the world of science free to the public. Throughout France, the Science Fair takes place from 7 to 15 October 2017. For this 26th edition, the 2,500 participating municipalities propose stands and animations around the theme "Ideas received and critical spirit" 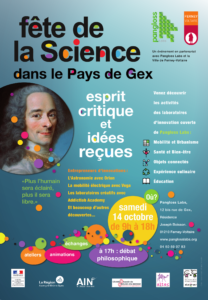 In partnership with the Ferney-Voltaire Mairie, Pangloss Labs is organising the Fête de la Science (Science Fair) in the Pays de Gex on Saturday 14th October. This event will be an opportunity for young and old to meet innovation entrepreneurs from the Pays de Gex and to discover the innovation laboratories of Pangloss: Around the theme "Critical spirit and received ideas", the Fête de la Science in Ferney-Voltaire will be an opportunity to explore: A philosophical debate/conference will be organized at 5 pm, with Geneviève Brykman, Professor Emeritus of Philosophy at the University of Paris Nanterre on the theme "Voltaire and received ideas". « The more the human being is enlightened, the more he will be free » - Voltaire Pangloss Labs Samedi 14 octobre de 9h à 18h 12 bis rue de Gex Résidence Joseph Boisson 01210 Ferney Voltaire Tel : 04 50 59 07 83 www.panglosslabs.org Contacts : yves@panglosslabs.org, guillaume@panglosslabs.org
By Yves ZiebaEVENTS, PRESS RELEASESComments OffRead more...

Paul Bristow2016-03-02T17:31:25+01:00
We have just opened our space for innovation and creativity in Ferney-Voltaire. While we work to design a unique experience for our users, we are every day improving day our equipment, layout and decoration, to be ready in the coming weeks to welcome you. In addition to the tools and machines, we seek to live the values of our association in this new space. Take the opportunity to join us and help create your space!
By Paul BristowEVENTS, PRESS RELEASESBooks, Hardware, Hobby, Lifestyle, Newspaper, Open Source, Photos, values, VideoComments OffRead more...

Paul Bristow2015-04-09T14:09:51+02:00
Gadget Guru is a short weekly radio show on World Radio Switzerland that I do with Tony Johnston. Here's the show from April 7th, 2015:
Here's the usual set of links & videos from the show: For more information about 3D printing, MAKE magazine is a great place to start: To try 3D printing in Geneva, you can go to Post Tenebras Lab, the Geneva Hackerspace on any Tuesday night. It's open to the public from 19h00 and they even have a communal meal. You might even see me there. We've just completed a major upgrade to our 3D printing capabilities and have 3 new printers including a Lulzbot TAZ 4 (a really big one!). There's the new Replik3D shop in Acacias. You'll find their website here. Give them a call before you go to visit them as they are very new and sorting out their opening hours. Their website is in French but both Matthieu and Giovanni speak great English. They sell 3D printers, supplies and do printing services and more. You can even get a 3D scanned bobble head made of yourself in full colour! You've also got Romain at Les Voisins coworking, and Sebastien at Onl'fait who both offer workshops and 3D printing services but you will need to speak French for these two.
By Paul BristowPRESS RELEASESComments OffRead more...

Reality in all its forms 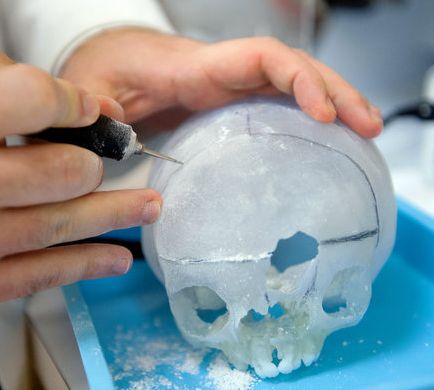 Off the 3-D Printer, Practice Parts for the Surgeon

Charlie Sellers2015-02-05T15:03:30+01:00
The New York Times reports on how surgeons are just learning to use new digital fabrication tools to create models, so that they can first practice delicate procedures: http://www.nytimes.com/2015/01/27/science/off-the-3-d-printer-practice-parts-for-the-surgeon.html Where will the doctors (and engineers and educators and artists and architects...) of the future get their first experiences with such cutting edge tools and approaches?  Fablabs are an ideal training ground for students, and a great place for entrepreneurs to test their ideas.
By Charlie SellersPRESS RELEASES3D printing, education, entrepreneurship, fablab, medicalComments OffRead more... 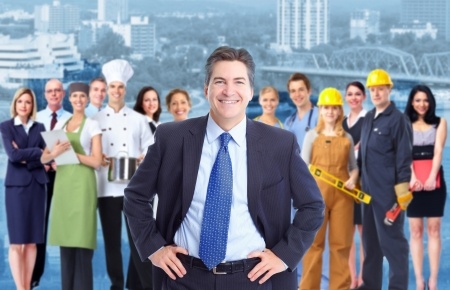 Lots of small autoentrepreneur changes came in on January 1st, with the most important one being that now you must have a separate bank account for your autoentrepreneur business. Good news in that social charges have reduced, and a new requirement for using online tools for uploading your accounts if your turnover exceeds a certain threshold. More details at the APCE web site in French./Droit d'auteur: / 123RF Banque d'images
By Paul BristowPRESS RELEASESautoentrepreneur, BusinessComments OffRead more...

Find a space for Geneva

Finding a space for the Pays de Gex

Paul Bristow2016-03-02T17:24:10+01:00
We are actively looking for a physical space to rent in the Pays de Gex. Somewhere around 150m2, we need a mixture of atelier (for the ecological fablab) and conference room. If you know of anything, please let us know.
By Paul BristowPRESS RELEASESComments OffRead more... 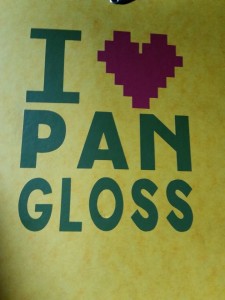