On June 14th 2017, representatives from Pangloss Labs were invited to participate to the UNHCR annual consultation with NGOs.  From the sustainable development innovation lab, Paul, Charlie & Gianluca decided to dedicate one day to this.  With our partners from the Global Humanitarian Lab (based at the Palais de Nations), we exhibited some of the things that digital fabrication – and more importantly the entrepreneurial, problem solving mindset around it – could enable in refugee environments.

It was an eye-opening day for all of us, and each of us decided to tell the story in our own words.

Two years ago, the only thing I knew about the UN was the big UNHCR logo on the enormous building opposite the Palais de Nations that I went past on the bus.  It never occurred to me that one day I’d find myself inside.

Being an ecologist at heart, I’d always been aware of the plight of refugees, but very glad someone else was “dealing with that” and that I could focus on climate action.  But setting up Pangloss Labs has brought the wide-scale applicability of digital fabrication and decentralised manufacturing into focus.  Working on the Geneva Global Goals Innovation Day, the fundamental interconnected of all these issues became clear.  Getting to grips with Human Centered Design has shown that problem solving is a mindset issue and a great way to solve problems is to facilitate, with tools and methodologies, that the people affected by an issue can work on the solutions themselves.

The day started with a question.  While we were unpacking the 3D printer from the GHL, the organisers came over and asked “Is there any chance you could 3D print our event hashtag?”.  2 minutes later I’d created a 3D model using OpenSCAD, and the GHL team had found some blue filament.  38 minutes later, the 3D printed hashtag was available.

This was just the start.  We kept the 3D printer busy all day, printing tools, assistive devices for the disabled and even GHL keyrings as giveaways.  In the meantime we attempted to answer questions from the 500+ NGOs from 91 countries that were here at this summit.  How easy is it to use a 3D printer? (answer, with a short training, easy).  How robust is a 3D printer in the field?  (answer: 3D printers like to be amongst other 3D printers – which can print 3D printer spares – and more than one person that knows how to maintain it).    Then we moved on to materials (what can you print?  Is it just plastic?  Where we showed that fablabs are not just 3D printers, but the 3D printer is an “attractor” that helps us to entice people to learn new skills and become problem solvers in their own right, using all the tools, both fabrication and organisational at their disposal.

At the end of the day, we were invited into the heart of the UNHCR building itself, for some hard earned drinks and nibbles, but the enthusiasm of the incredibly mixed crowd continued with loud conversations in an incredible number of languages.  I’d like to thank Tiziana Clerico of UNHCR for the opportunity and look forward to seeing how we can help in the future. 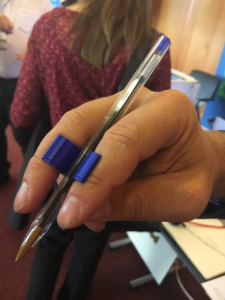 While I started the day expecting that meeting attendees would be most interested in the applications of products made using digital fabrication tools, like the aids for the handicapped (to make writing and eating easier) that we were printing out.  But there was at least as many questions about how the processes that we use in the maker movement – like rapid prototyping and human centered design – would be valuable in a refugee situation to empower people to improve themselves and their temporary community.  Those who are displaced require not just food and shelter, but as well those things that allow us to be contributing members of our society; we all need a purpose, and the dignity that comes with being purposeful.

Certainly 3D printers and the like can meet immediate needs by allowing people to make useful things for themselves, but what about the value of feeling like you have some control over your own life?  We look forward to the day when combinations of fabrication tools and educational materials – like in GHL’s new Humanitarian Innovation Kit – are part of a standard crisis response, and we want to be there to help deploy them! 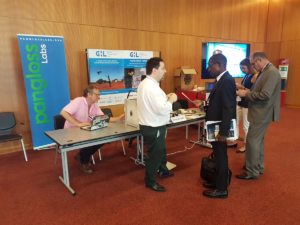 It is fascinating to witness how much a team of determined and purpose-driven people can achieve. 3D printing is an enabling technology, GHL could be the glue, the link between UNHCR and their challenges and Pangloss Labs and their technology. New opportunities of collaboration have been unveiled (or, rather seeded?) to all parties while electricity filled the air.

We didn’t design the open source frugal innovation frameworks that we’ve been working with at Pangloss for the humanitarian world, but there seems to be a natural fit between the human-centred lean startup mindset and the needs of some of the humanitarian problems.

In entrepreneurship the mantra is to “fail fast, fail early”.  In refugee environments, it seems that the right mantra would be to “fail small before harm is done, and only scale what works”.  The FabKit from the Global Humanitarian Lab follows this, as they are at V0.2 (very familiar to the open source crowd) sharing lessons learned already from their first small scale deployments.

This isn’t really a conclusion, more a beginning.  We’re very curious to see what comes out of these collaborations between innovation spaces like Pangloss Labs and the humanitarian world.

On the 12th of January a small, determined group met at Pangloss Labs in Ferney-Voltaire to discuss why there isn't... read more

Gadget Guru is a short weekly radio show on World Radio Switzerland that I do with Tony Johnston. Here's the show from December 23rd,... read more 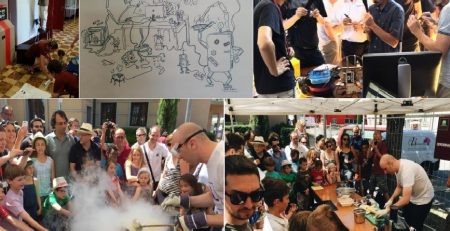 Globalisation only flows one way. At least that’s the experience of the last 30 years. Manufacturing fled Europe, looking for... read more 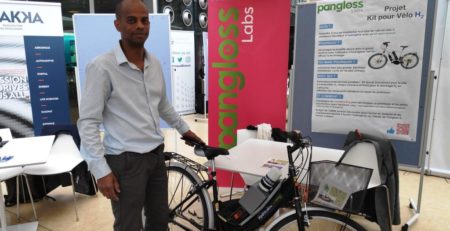 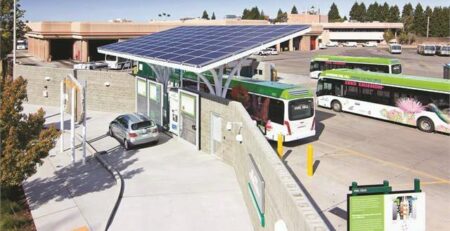 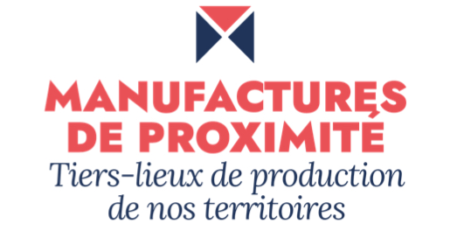 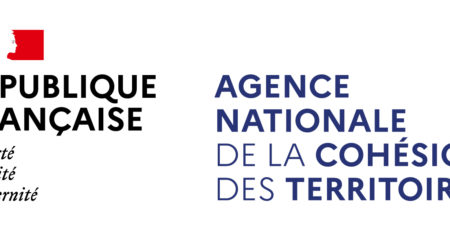 On 22 October, the Minister for Territorial Cohesion and Relations with Local Authorities, Jacqueline Gourault, unveiled the 60 new winners... read more 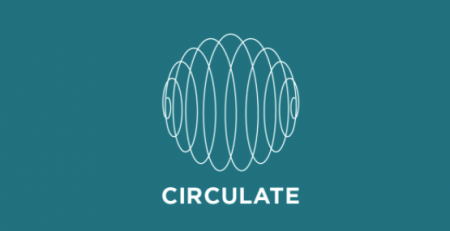